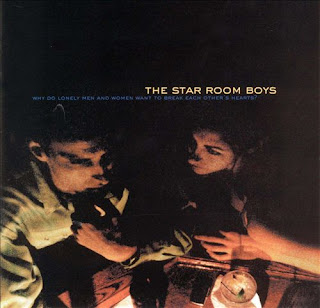 ">The Star Room Boys - Both Our Towns 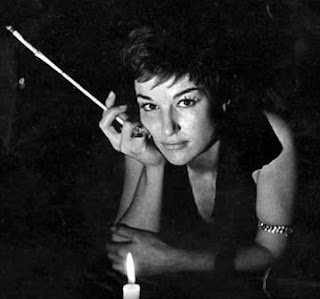 And for his Dad & Mom, as well as any of y'all with kids of a certain age: 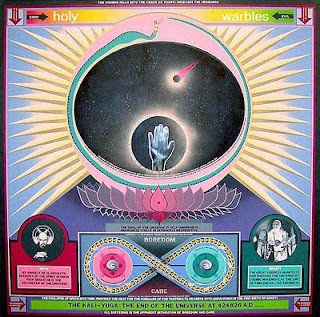 Hey - I suspect most of you here are ONLY here because you saw me commenting incessantly over at owl's place ;-) - and the other 2 or 3 of you need to be aware of all we've lost, and all that we're still in danger of losing.
Gary at Bodega Pop's eloquent, impassioned post is a must read, & he had generously given permission for re-posting.  Here it is in full: 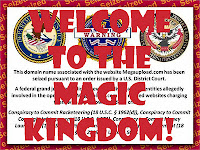 It's hard to measure the full impact of the FBI shutdown of Megaupload. The site was responsible for a reported 4% of all internet traffic, with millions of registered, paying users happily up- and downloading everything from wedding pics to the complete Lady Gaga discography.

God knows how many of them were trafficking in crappy Hollywood films or dreck like the latest Chris Brown or Adele. All shit that will be footnotes some day in some knowing culture studies textbook look-back on the early part of this inglorious century, but otherwise forgotten, and thankfully so. As far as I'm concerned, people who up- or download any of that sludge should definitely be fined or sent to jail ... but not for copyright violation. They should be fined or sent to jail for disseminating the corporate roach-vomit that constitutes most of contemporary American pop culture. You don't even want to know what I think should be done to the people who create or publish that shit.

But, seriously. Should Britain have allowed Iran to extradite Salman Rushdie for his blasphemous Satanic Verses? Because that's basically what we're looking at here. One culture's laws trumping everyone else's.

That said, I'm not here to argue in Kim Dotcom's defense. I'm here to lament the loss of countless music blogs, the loss of the communities they fostered, the loss of the evidence of otherwise forgotten expressive culture(s) that they brought to the surface and shared.

Most notably, Owl Qaeda's Holy Warbles, which first had its Megaupload content stolen by the FBI action. As if that weren't enough, no doubt freaking out over the Megaupload action, Blogger simply shut his blog down, claiming multiple instances of copyright infringement. Of--we should be clear--expressive cultural artifacts that were either long out of print (and never to be reprinted) or so obscure as to be readily unavailable to anyone whose head is not a giant interactive encyclopedia.

The last thing I downloaded from HW was a rare, completely out of print album by Marie Jubran, a Syrian artist who recorded mostly during the 50s I think and who doesn't even have so much as an English-language Wikipedia page. I have a lot of Arabic music from the period and a couple of related books, and I'd never even heard of her before visiting Holy Warbles. That is the sort of thing we're talking about. Gone now. Not just the music, mind you, which is lovely. But an artifact that is now once again unavailable for, say, anyone studying the region and period.

Holy Warbles, and blogs like it, are--for all intents and purposes--libraries. That, really, is their function. Libraries that store things that not even the NYPL or Queens Borough Public Library have. (I should know; I've ransacked both for their CD and other media collections, which I--yes, you guessed it--immediately download to my computer. Will the FBI be visiting our libraries next?)

Another casualty in the FBI's completely unethical shut-down: Madrotter. Run by Henk, a self-described "Dutch guy living in Bandung since 1996," the site links to, or used to link to, some 2,000 out of print Indonesian records. Henk isn't giving up. "As long as I can find an upload service that still works Imma keep giving you people great music," he writes in a recent post. Again, not just great music, but a library. A library that was being accessed by more than 40,000 people a month.

The carnage hardly ends there. The wildly popular Mutant Sounds and Global Grooves were both significantly spavined as well. Then, there's my absolute favorite music blog of all time: The Vault: Japanese Music Junkies Unite, a semi-collaborative blog that housed more than 5,000 Japanese records and tapes, most completely out of print, was also more-or-less wiped off the map. In a very real sense, it's like the Library of Alexandria burning down x 1,000. Or 10,000. No one really knows.

And this, we must assume, is just the beginning. How long before Awesome Tapes from Africa, Moroccan Tape Stash or Monrakplengthai are wiped out as well? Again, we're not talking about shit you throw onto your iPod before heading off to the gym; this is serious cultural evidence. These are, I can't stress it enough, libraries. And thoughtless, good-for-nothing corporate asswipes who supply rat-diarrhea-producing mental aphids like the members of MGMT and Bright Eyes with, like, cocaine-spending money are, essentially, destroying them.


Thanks, Gary.  Your blog is also a treasure.

For The Sake of ...Howe Gelb 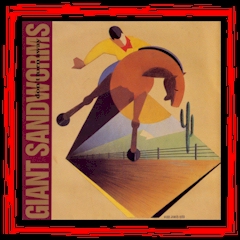 Quite a while back Ramone666, proprietor of the most excellent For The Sake Of The Song, asked if  I had a "Best of 2011" list.  Nope. No, I don't.  I wouldn't know where to start, or stop.  But as I've mentioned over on his site, I do love all things Howe Gelb, including the great 2011 lp Alegrias.  So as a very belated Winter holiday present for everyone, and especially Sr. Ramone, here is a digital copy of the very first Gelb-related music I ever purchased, the third 7" by the pre-Giant Sand Giant Sandworms.  I read a good review in Bucketfull of Brains (my bible at the time) & there ya go!
Here's the a-side:


The b-side isn't really all that, but completists such as myself will want it anyway.  Plus I threw in a bonus picture of Howe with cats.  Get the whole thing here. 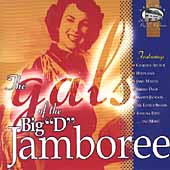 I've been meaning to share ths wonderful OOP cd for ages!  In the interests of expediency (& sheer laziness) I lifted the following review from Amazon  - thankfully, it's spot on:
For the uninitiated, the Big "D" Jamboree was a weekly variety show broadcast over 50,000 watt radio station KRLD beginning in the late 1940s. It was a weekly event much along the lines of similar music-oriented live entertainment programs like the Grand Ole Opry, the Louisiana Hayride and the National Barndance. Held weekly at a Dallas, Texas wrestling venue called the Sportatorium, the Big "D" Jamboree's heyday ran from the late '40s through the early '60s. In continuing their superb Legends of the Big "D" Jamboree series which in addition to a wonderful 2-CD various artists collection from last year (The Big "D" Jamboree Live)as well as other single artist releases focusing on such stalwarts as Groovy Joe Poovey, Johnny Dollar, and Gene Vincent, Dragon Street Records rolls out what is easily its most humdinger collection yet with The Gals of the Big "D" Jamboree.
Clocking in at over an hour's worth of music spread cross 29 tracks that are culled from a combination of live material, studio demos and 45 RPM records, it's a collection that presents both known quantities (Janis Martin, Wanda Jackson, Charline Arthur) and unknowns (Helen Hall, The Lovett Sisters, Abbie Neal & the Ranch Girls, Pat Smith, Doreen Freeman, Sherry Davis, Betty Lou Lobb and Ramona Reed) from the Big "D" gal corral. In comparison to many of their Nashville feline country contemporaries, the gals were a more hard-edged, saucy bunch of honky tonkin' ladies for whom a cigarette and a bottle of beer with the fellows was likely never out of the question. More importantly, these were Virginia Slims types (remember those old TV ads??) who weren't afraid to speak their mind in song. Heck, all it takes is a listen to piece-of-mind pieces like What Else Does She Do Like Me? which opens with the not so lady-like line "She smokes the same sort of cigarettes as I do" or Wasted Life about a malcontent husband who can't pry himself from the barstool ("Sitting all alone at the bar / No one knows or cares where you are / You don't care about your home / You don't care about your wife / You're a perfect example of a wasted life") to understand what I'm talking about. Each of those cuts come from the tough-talking honkabilly pepper pot Helen Hall who takes the cake in this collection. Quite frankly, it doesn't get more hardcore honky tonk country than numbers like these and even better, The Gals of the Big "D" Jamboree is filled with plenty more from where these two came from.
All too often overshadowed by their C&W male contemporaries, The Gals of the Big "D" Jamboree is an insightful look at a vital chapter in the annals of female country music. Accompanied by a deluxe, 20-page booklet featuring discography, artist biographies from noted Texas country music historian Kevin Coffey, and an intro by current female rockabilly star Kim Lenz, this is a first rate package overflowing with hot tunes that comes highly recommended -  Dan Ferguson April 20, 2001
Here are 2 of my favorite cuts:
Helen Hall - What Else Does She Do Like Me?
The Lovett Sisters - Bacon & Eggs
Get the whole shebang here
Posted by Holly at 8:01 PM 4 comments: 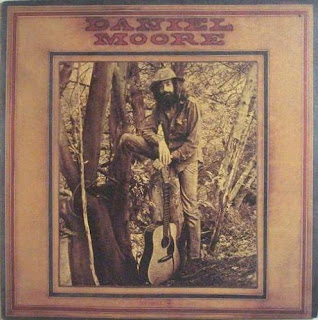 By request.  Please see Mr. Rayne's post at  the wonderful  Aquarium Drunkard  for detailed information.  Y'all can sample the full lp here.  Many thanks to the original uploader, whoever he/she may be.  And if anyone has a better rip, please let me know!
Posted by Holly at 12:08 PM 6 comments:

Oh! The Places I've Been